Luxury and Resort lead the hotel Made in Italy 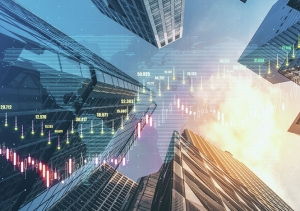 Luxury and Resort lead the hotel Made in Italy.

It is a period of great turmoil for the hotel real estate market in Italy, for which a growth of 3.1 billion is expected this year. This is confirmed by the data published at the fourth edition of the Hospitality Forum 2022, organised by Castello Sgr and Scenari Immobiliari.

The hotel heritage in Italy is worth 116 billion euros: 50% of it is concentrated in the north, while the remaining part is divided between the center-south and islands.

The recovery is driven by the increasing occupancy rate and the price of rooms. In 2021, investors focused on resorts, which accounted for 40% of transitions. Today in Italy there are 1.1 million rooms (first place in Europe and fifth in the world) divided into 32 thousand structures, although 15% of these are destined to disappear due to the consequences of the pandemic crisis.

The areas that attracted most investors are Sicily, Sardinia, Puglia and the cities of Milan, Cortina and Venice. Positive results also for Rome where, in the next three years, is previewed the opening of 6000 new rooms positioned in the segment luxury. In Italy, the transactions recorded in the last 18 months confirm the interest of investors, including foreign investors, especially for the highest part of the offer. The operations involved around 76 accommodation facilities three, four and five stars, for a total of more than 11,400 rooms.

To give ulterior push to the tourist field they will be also the 2,4 billion previewed from the Pnrr. In addition, a €600 million call for redevelopment has recently been launched and 3 billion applications have been received. Italy must therefore provide accommodation at the height of increasing demand: in the last period 800 thousand more foreign tourists arrived than in 2019.

Because these cookies are strictly necessary to deliver the website, refuseing them will have impact how our site functions. You always can block or delete cookies by changing your browser settings and force blocking all cookies on this website. But this will always prompt you to accept/refuse cookies when revisiting our site.

We fully respect if you want to refuse cookies but to avoid asking you again and again kindly allow us to store a cookie for that. You are free to opt out any time or opt in for other cookies to get a better experience. If you refuse cookies we will remove all set cookies in our domain.

We provide you with a list of stored cookies on your computer in our domain so you can check what we stored. Due to security reasons we are not able to show or modify cookies from other domains. You can check these in your browser security settings.

We also use different external services like Google Webfonts, Google Maps, and external Video providers. Since these providers may collect personal data like your IP address we allow you to block them here. Please be aware that this might heavily reduce the functionality and appearance of our site. Changes will take effect once you reload the page.