Safe on the beach? The Costa del Sol has thought of that 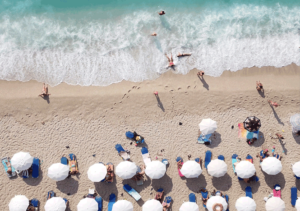 Safe on the beach? The Costa del Sol has thought of that.

The University of Malaga and the Costa del Sol Tourism Authority have launched a beach occupancy control system for the beaches on the coast, available from Monday 15th of June.

The system, available on the aforocostadelsol.es site and also on a mobile application in both Android (Play Store) and Apple (iOS) platforms, offers the possibility of consulting the population status of the Costa del Sol beaches, allowing tourists to distribute intelligently and safely in coastal territories. The APP shows, in real time, the occupation percentage of each of the beaches and indicates the number of free places so as to organize the flow, without having to go to the chosen destination beforehand.

The APP offers additional information, such as: the five-day weather forecast, water temperature, direction and wind speed, direction and wave height and the probability of jellyfish or algae appearing.