The days of low-cost flights have come and gone 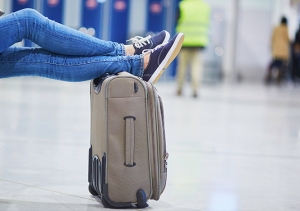 The days of low-cost flights have come and gone.

Round trip to 9 euros? From now on, no more. Invest Oggi in an article that captures a trend already underway. The main reason for the disappearance of low-cost flights is related to the increase in the cost of fuel, the cost of living and the lack of personnel.

According to Michael O’Leary, CEO of Ryanair, it is no longer sustainable in the medium-long term for the travel industry to charge an average fare of about 40 euros per ticket. That price is too low so, according to his experience, it is likely that it will come to 50-60 euros which is still an affordable and affordable cost for many travelers.

Since the pandemic everything has changed and the airline industry is facing serious problems due also to the shortage of staff. In fact, a lot of people were fired because of the economic crisis, which reduced services and cancelled hundreds of flights.

The situation could worsen in August, when a greater flow of travelers is expected.

The crisis in the aviation sector, combined with inflation and rising operating costs, will force all companies – large and small – to raise ticket costs. In particular, to be penalized will be the low costs that in the near future will not be able to guarantee so low rates as happened until now.

For the first week of August there are increases if you start from one of the two airports of Rome. The return ticket to Lisbon, for example, is close to €380 without the choice of seat or baggage. For Mykonos the cost is about 325 euros and for Barcelona 300 euros. Compared to last summer, the Federation of Organized Tourism of Confcommercio states that it pays 132.8% more for flights to Spain, about 95% for those to the United Kingdom and 88% more for those to Germany.

Because these cookies are strictly necessary to deliver the website, refuseing them will have impact how our site functions. You always can block or delete cookies by changing your browser settings and force blocking all cookies on this website. But this will always prompt you to accept/refuse cookies when revisiting our site.

We fully respect if you want to refuse cookies but to avoid asking you again and again kindly allow us to store a cookie for that. You are free to opt out any time or opt in for other cookies to get a better experience. If you refuse cookies we will remove all set cookies in our domain.

We provide you with a list of stored cookies on your computer in our domain so you can check what we stored. Due to security reasons we are not able to show or modify cookies from other domains. You can check these in your browser security settings.

We also use different external services like Google Webfonts, Google Maps, and external Video providers. Since these providers may collect personal data like your IP address we allow you to block them here. Please be aware that this might heavily reduce the functionality and appearance of our site. Changes will take effect once you reload the page.