Medical tourism: the United States is in the lead 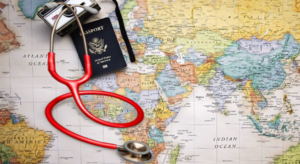 He is afflicted by the latest research by the World Travel & Tourism Council. According to the report “A recipe for a healthier economy”, the expenses in medical tourism service are gronwn of 358% in nominal value bettween 2000 and 2017, from $ 2.4 to $ 11 million. The United States is the world’s leading market for outgoing medical tourism, which represents 20% of the market, with US citizens spending $ 2.3 billion on medical tourism services abroad in 2017. The United States is followed by Kuwait and Nigeria. Among the top 10 major markets for outgoing spending, if they place the Netherlands, France, Belgium, Austria and Germany spend $ 300 million and $ 678 million. The United States is also the largest international market for incoming medical tourism, with a budget of almost $ 4 million in 2017 and representing almost 36% of global medical tourism. They are followed by France ($ 800 million) and Turkey ($ 763 million), home to 43 Joint Commission International accredited health institutions.

Medical tourism is an important area of ​​interest emerging from the travel and tourism sector, confirmed by Gloria Guevara Manzo, president and CEO of Wttc.