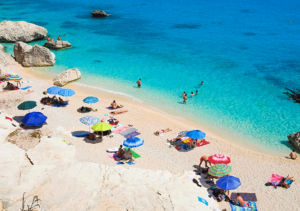 This summer Italy is ready to welcome foreign tourists. The Belpaese does not scare and is considered #covidfree, according to what said the social data of Enit – national tourism agency. Web searches on tourism in Italy produce over 300 million views, a huge number equal to the whole European population. The great cities of art, Rome, Venice and Milan have the most citations. Among the monuments, Milan’s cathedral and the city of Pisa are in the lead. Thanks to its primacy as a holiday destination, touristic Italy is most affected by the drop in foreign visitors. From the beginning of 2020 to the end of April the total volume of airport arrivals in Italy decreased by -64.5% compared to the first quarter of 2019. As of June 4, the analysis of summer airport reservations – from June to August – shows a fall of reservations: approximately 235 thousand reservations for international airport passengers for Italy, just under 231 thousand for Spain and just over 193 thousand for France. Article published on Huffingtonpost.